Why create the Emergency Ham Network? 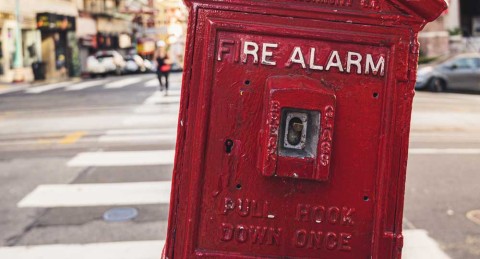 Well, like many similar ventures, I want to change the way things are. I am a seasoned professional engineer who has spent his adult life working for large corporations inventing and improving stuff. That all started because at the tender age of 14 years old I met a Radio Amateur who went on to inspire me and develop my gift of being able to understand and imagine what could be possible. Retired now I have returned to the hobby. My reasons for becoming licensed again are complex, but a large part of it was a desire to be independent of the very systems I helped build. I can imagine a world where the Internet stops, cell phones loose service and what little POTS system remains just falls apart.

I joke with people that having communications skills might save my life someday. If the day does come when society breaks down, mass panic sets in and the streets become ruled by hungry desperate people. Who will care about the old man who has a house full of food and the lights still working? Well, if that same person can get news, send messages, and be connected, he might be worth sparing.

I looked to the ARRL, then to ARES and RACES but they seemed stuck in an age not too distant from the ones I saw as a teenager. Emergency Nets driven by procedure and voice. My tipping point was after our club had a presentation from the recently expanded NNJ ARES. The guys did what they had to do but I was appalled by the lack of expectation, vision, or support. To me it was clear there was a better way. I continued talking to them after the meeting but the only response I got was: "be patient and trust that things will change". I contacted the head of ARES and the ARRL, I did not get a reply.

Previously I had read up on the digital modes, packet systems and mesh networks. I deployed an AREDN system and did tests in my local area, all to see how technology was helping solve the limitations of radio communications. It was a little frustrating. It seemed like there were bits of great technology looking for a role, gaps where some commercial technologies had never crossed over to the ham world, but most of all, no central guidance to help focus on a big picture or connect with other operators.

I see a gap in the radio movement: A role for some organization to act as stewards to nurture and support the development of a robust digital network between licensed radio operators. Something that would empower and incentivize individual operators to dedicate some of their time and equipment to form part of a bigger network.

I see an opportunity to re-brand the word Radio Ham: It's not a word I like, because although it's recognized by many, it conjures up an image of a somewhat foolish eccentric person. Time to change this image and replace it with one of a dedicated group of people spread throughout all neighborhoods that can support their community in an emergency.

Why do I think it is important to have a digital network?

Why would I not support the traditional proven voice and CW? To answer that I need to search my sole and motivation. To start let me share one of my more famous quotes. Its from an English author Douglas Adams who wrote the book Hitchhikers Guide to the Galaxy, a book full of wisdom and insight to how society has and is evolving, highly recommended read.

"I've come up with a set of rules that describe our reactions to technologies:

― Douglas Adams, The Salmon of Doubt

Digital communications are ubiquitous in today's world. In Douglas Adams world, all those under 35 accept it and would not understand the appeal of a trained operators ear carefully tuning and interpreting speech out of the QRM. Digital computer-controlled systems unlock tools that would enable a radio network to operate 24/7, unattended, and reliable.

Perhaps I remember my love of RTTY as a youth facing the challenge of reliable transmissions across the Atlantic. For those that haven't done this, the simple 5-bit Murray code used has little resilience and all characters are equal, an error in the line feed transmission would ruin a line because it would get over-typed, same for carriage return. I feel in love with the power of error correcting codes and communicating with written files.

Some would say that my fear of having to talk to strangers and talk about the weather, sport or other types of comfort speech sent me down a path of focusing on the technology rather than using the radio to talk to people. But after overcoming those fears, becoming a public speaker and presenter I still feel that reliable communications need to remove the uncertainty of voice. I accept that the written word is the modern way, most seem to communicate by text and e-mail. Perhaps the current youth is not so far away from my experience or perhaps we (society) need the proof and discipline gained through writing.

Perhaps, and here is the marketing side of me, getting in the mainstream by achieving sending a text to every part of the US solely through Ham Radio feels a whole lot better than a voice announcement. Just like sending transatlantic television through Telstar captured a generations attention and trust in that technology, empowering a person to send a text from their cell phone with no internet or service might do the same for the image of Ham Radio.

Finally, I recognize that change only occurs when different factors and circumstances align. Look at many successful achievements and you will find that society was ready, the technology was ready, and the opportunity was there but also some other disruptive event had prepared the way for a change. I feel that is the case for an Emergency Ham Network. There is more concern about bad things happening, there is less trust in the prime infrastructure providers, we have a generation of smartphone users, and the recent COVID experience has changed our world forever.

My conclusion: Go Digital, do it now, the time is right.

How do I see Emergency Ham Network (EHN) developing?

First, I need to be clear on what I do not want it to be perceived or become. It is not a private club or my platform. It should not compete with existing groups or organizations. It needs to be open to all, provided they have its interests at heart. Its focus is the establishment of an Emergency Ham Network and the necessary interfaces/peripherals to use said network. Within practical limits, it should be a flat organization with few layers or gatekeepers.

With those statements in mind, I expect it will play a discovery, verify, integration and test design cycle. Followed by delivering instructions and recommendations with the occasional per-packaged items whenever the demand justifies. So, in the beginning any new research/development will be focused on best practices, configurations and procedures based on experimentation, through integrating available technologies. In the future some of these products may spawn real new development or publishing new research.

I see its added value emerging from the productivity and new ideas resulting from bringing many experts and experimenters together with a common focus. It should become an environment that encourages group questioning and sharing of information. A beneficial by-product should be the creation of a powerful online repository of relevant technology, designs and research.

As soon as critical mass is achieved and a team of "experts" can be established the EHN should be helping clubs, repeater groups and other emergency groups improve their infrastructure and products.

Once a reputation has been created the EHN should be able to start to lobby the Amateur Radio organizations, equipment manufacturers, FCC and Emergency Services.

If successful I see its whole portfolio being shared through an Open Source or Creative Commons license. The establishment of a recognized set of local and national leaders accountable to their peers. And an eventual move to becoming a Corporation registered as a 401(c ).

What is the biggest challenge during start up?

This project will die if it cannot attract several different experts in the relevant fields. Early during startup, we must be able to recruit some time and involvement from the major technology players, This list is small but as an example AREDN is an obvious important contributor. Current well connected local networks are another good source of early adopters. The task and reward of the initial members will be to shape the foundation of the EHN and influence its growth.

Would the Emergency Ham Network protect our licens...