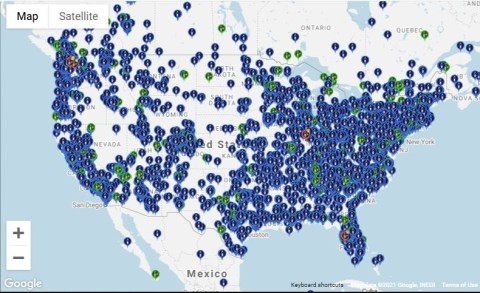 goTennaMESH offers a deployed network of mesh communities that would integrate into an Emergency Ham Network. This would allow the public to communicate between local networks. A win for the communities, the radio operators and a step closer to a viable national public emergency network.

GoTenna has a company mission:

They seem to be delivering on their mission by providing a range of low-cost civilian products through to professional Mesh solutions for the military. They have thought through delivering a small UHF mesh device that pairs with a smart phone and can communicate independently of established infrastructure."

Extending the range of their mesh networks would seem a good opportunity for the Amateur Radio community helping us connect to the general public in time of emergency.

The goTenna Mesh privately and securely hops messages across devices, extending range. In 1-to-1 messaging, only end-users see messages. "Shout" messages are public broadcasts visible across the local mesh network. Since there is no restriction on encryption under the FCC's Part 15 license, goTenna messages are encrypted by a unique passcode. On my reading of the specifications, we could only network their "Shout" messages over Amateur Spectrum. If more flexibility than the shout message was needed, we could agree on a common key. Then we would be able to decode messages to plain text for legal transmission.

This is a mature product backed by some heavy hitting supporters. They have established many local community Mesh Networks and are aggressively promoting the product which is under active development. In the US their small dongle communicates over the public 900MHz bands. Power is stated as being 0.5-1W on a 25KHz channel using GFSK and payload of about 240 bytes and the mesh is controlled by a proprietary algorithm.

A pair of dongles costs about $180. One dongle pairs with a phone so two will let two phones text message each other. Many of their more developed communities have stable mesh networks in the 20-50 node range which would suggest they cover substantial parts of many urban markets.

Although their professional range of products requires licensing so can be networked as required, their public goTennaMESH devices are limited to slightly more than line of site. Connecting to something like the Emergency Ham Network would give them far greater penetration into public spaces and enhanced emergency capabilities. Outside of the limitations of our Ham traditions, such a collaboration would seem a "no brainer".

I will be sure to add this product towards the top of my "to-do" list for evaluation and future blogs.