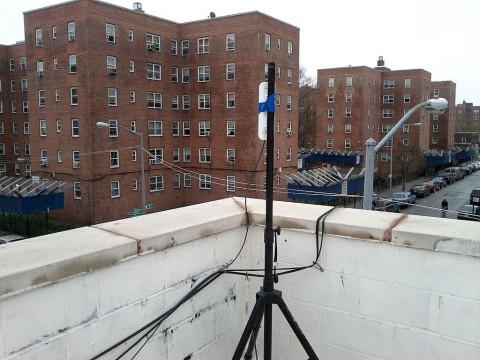 Buying used UHF and Microwave commercial base stations that are supported by groups like AREDN will provide point to point and multi-endpoint systems for as low as $100. This is possible because the firmware can be exchanged to make them compatible with our amateur regulations. This is the most cost effective way of getting started but the longer range exotic systems can still cost you upwards of $1000.

Radio Amateurs have a long tradition of adapting equipment or repurposing radios. As a teen I used many WW2 radios and took parts from Motorola radios. The tradition continues today but with more options. With modern communications equipment being controlled by software it is now possible to replace the original firmware with a custom build for Ham use. AREDN offers its mesh firmware for a range of Ubiquiti and other manufacturers point to point and multipoint base stations. After flashing, these devices become plug and play components on the AREDN mesh network. Open-Source flash firmware has also become popular with IT Network enthusiasts. Many network routers and switches are supported by several open projects such as OpenWrt, OpenVPN and DD-Wrt.

For Radio Amateurs looking to implement point to point links either as part of the ARDEN project or for a local digital network there are not many options, almost no off the shelf solutions or construction projects.

What is available from AREDN? They have a long list of supported hardware for the main frequency bands between 900MHz and 5GHz. Quite a lot of older Ubiquiti, TP-Link, MicroTiK and GL.iNET. A lot of models are covered but match model numbers carefully as sum have insufficient memory or obscure variants. Prices vary significantly on the used market and new prices are really high. You can get a wide beamwidth 2.4GHz model for as low as $100, but more typically lower power units sell used for about $300. The more useful longer rang and external antenna units are more in the $600-800 region.

I purchased two Ubiquiti NanoStation NSM2 international version 2.4GHz for $80 back in 2018 and they worked fine with AREDN.