Digital Point to Point on the Lower 1.25M Ham Band 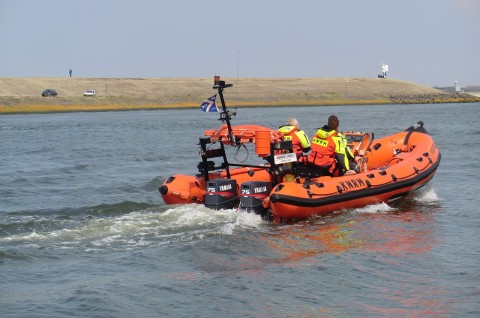 Despite the need for approval, the lower part of the 1.25M band could offer interesting possibilities for digital links particularly in urban areas as the frequency has good penetration and coverage although high gain antennas will be physically large.

Back sometime in the 1990's the ARRL successfully defended amateurs keeping the lower part of the 1.25M or 220MHz band. The piece between 219-220MHz was designated for secondary use by amateur radio operators. Use is restricted to amateur stations participating as forwarding stations in fixed point-to-point digital message forwarding systems, including intercity packet backbone networks. It is not available for other purposes. This privilege is available to all classes of operator.

There is a but, as a shared service with amateurs being secondary users' restrictions apply. For a station within 640km (400miles) of an AMTS coast station you must notify the ARRL 30 days before transmitting so your data can be added to a public database. If you are withing 80km (50miles) of such a coast station you will need written permission to operate, again obtained by asking the ARRL.

The Automated Maritime Telecommunications System (AMTS) is a commercial mobile radio service used within the United States. It offers both voice and data communications to maritime customers. The system is operated by a network of private carriers across the country, with coverage primarily including coastal and inland waterways. I was unable to find any public database or maps of AMTS locations.

Given most operators would be within 400miles of some negatable waterway, use of this part of the spectrum probably requires authorization but since this is for fixed point to point links negotiating a usable link budget should be possible for many. This opens a dedicated piece of spectrum for point-to-point use that does not seem to be heavily used.

Let's now look at the permitted modes and bandwidth limitations.

This seems to suggest any form of digital code, presumably provided it is openly published and available to all, with a bandwidth of 100KHz, a respectable amount capable of supporting a moderate speed link. This bandwidth is much more than the 20Khz permitted on the 2M band and lacks any RTTY and emission limitations of the higher portion of the 1.25M band or 70cm band.

Digital Point to Point on the 33cm Amateur Band
Emergency Ham Network – Is it Legal?